The controversy surrounding the Confederate flag and its use on public property continues to be a contentious issue in Georgia. Although the flag has long been a hot topic, the issue came to a boiling point following the killing of nine African-Americans attending Bible study at Emanuel African Methodist Episcopal Church in Charleston, South Carolina on June 17, 2015. The accused gunman, Dylann Roof, has been linked to white supremacist manifestos and pictures of him, surrounded by the confederate flag have since surfaced.

The Confederate flag, as we know it today, is one of three battle flags flown by the confederate army during the civil war. For years following the war, the flag’s use was mostly restricted to ceremonial services by Confederate heritage organizations honoring the confederate heroes. The flag had not yet acquired any additional significance or meaning.

In the late 1940’s, the flag began to take on a more political significance when it was adopted by the so-called “Dixiecrat” party that was formed as a protest against the Democratic Party convention’s adoption of a civil rights platform.

Although, to many southerners today, the flag stands as a symbol of southern pride, devoid of any racist undercurrents, it’s important to recognize that it can and will be perceived by many as a symbol of intolerance and hate. It has been used as the battle flag in a war largely fought in an effort to uphold slavery. Subsequently, a political movement that aimed to uphold state-sanctioned racial segregation also used it.

The Movement to Remove The Confederate Flag From Public Property

Following the tragic events of last June, the backlash against the Confederate flag came to a head, leading South Carolina and Alabama to have the flag removed from all public property. Meanwhile, debate in Mississippi about its state flag, which features the confederate emblem in the corner, is expected to resume in the next legislative session.

Virginia Governor, Terry McAuliffe, has ordered a stop to that state’s Sons of Confederate Veterans specialty license plates, which feature the flag. Tennessee is expected to do the same when its legislature resumes early next year.

In Georgia, however, the availability of the specialty plate was suspended by Governor Nathan Deal, but has since been made available once again in a slightly redesigned version. This is because the state is obligated to make the car tag available by law. The code, which has been in place for over a decade, requires a specialty plate for the Sons of Confederate Veterans be available with the revenue raised from the state fees benefitting the group.

The Confederate flag is also enshrined in state law elsewhere: according to the law, April is designated as Confederate History and Heritage Month; and the state is also mandated to stock and sell Confederate memorabilia at the state-owned Stone Mountain Memorial.

Gov. Deal has indicated that he has no intention of initiating sweeping legislative changes to do away with the Confederate flag, stating that “Sometimes, both legislative and governor’s interventions make things worse rather than better.” 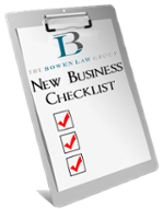