For anyone keeping track of the Trump vs. Clinton presidential race, you know there has been no shortage of entertaining and disturbing quips, accusations, and statements made so far. Both candidates have put their best mudslinging foot forward, trading barbs on an almost daily basis.

Of course, with the cavalier way that Donald Trump seems to choose his words, it was only a matter of time before he said something that blurred legal lines, and not just those of good taste. His most irresponsible comment to date concerned the Second Amendment and his adversary in the presidential race, Hilary Clinton.

What was Actually Said

At a rally in North Carolina, Trump was trying to paint a negative picture of what things will be like if Clinton had her choice of Supreme Court judges when he ventured off into some dark territory. Here’s what he said: “If she gets to pick her judges ― nothing you can do, folks.” He then shrugged and added, “Although, the Second Amendment people. Maybe there is. I don’t know.”

If you saw the comment live or read about it after the fact, it leaves a slight bit to the imagination, but the most obvious interpretation is that it was meant as a threat against Mrs. Clinton. It’s no secret that the Second Amendment concerns the right to bear arms, and it certainly seems as though the “Second Amendment people” could take care of the issue of Clinton choosing Supreme Court judges.

Naturally, spokespeople for Trump attempted to deflect the comment, insisting he wasn’t speaking literally. They first said he was only being sarcastic, and later said he meant that since Second Amendment people have such high numbers and political clout, they could band together to prevent Clinton from being elected at all. Of course, the Clinton campaign saw things differently, suggesting that anyone running for the President of the United States should stay far away from comments that could be interpreted as violent.

The First Amendment and True Threats

Whether Trump meant the comment literally or was just speaking before thinking as he often does, the comment definitely raises legal questions relating to the First Amendment. Free speech is something Americans take very seriously, but legally we aren’t protected from saying anything we want. Some of the unprotected categories of speech include extortion, perjury, fighting words, obscenity and false advertising.

Another category that is unprotected is known as “true threat” and it’s one that Donald Trump may have broached with his careless comments. People aren’t allowed to make direct threats against other people, organizations or establishments. However, since threats are not always as direct as “go out and shoot this person,” the legality is often hazy. The first case that involved true threat and the First Amendment took place in 1969, where a young African American man, upon being drafted, claimed, “If they ever make me carry a rifle the first man I want to get in my sights is L.B.J. They are not going to make me kill my black brothers.”

While initially charged and convicted of making a threat against the President, the decision was reversed on appeal by the Supreme Court, claiming the statement was political hyperbole and not a genuine threat.

After a 1982 true threat case that involved the NAACP and Claiborne Hardware, Justice Sandra Day O’Connor set out a more clear definition of true threats. She wrote:

“‘True threats’ encompass those statements where the speaker means to communicate a serious expression of an intent to commit an act of unlawful violence to a particular individual or group of individuals. The speaker need not actually intend to carry out the threat. Rather, a prohibition on true threats protect[s] individuals from the fear of violence and from the disruption that fear engenders, in addition to protecting people from the possibility that the threatened violence will occur.”

Setting the Stage for Disaster

Whether Trump intended his comment to be taken literally is only known to him. However, those types of irresponsible comments don’t always need an intention if they make sense to the wrong person. While there is a good chance he wasn’t openly threatening his Presidential opponent with death, all it takes is one unbalanced person listening in to take matters into his own hands and turn that comment into an unmitigated disaster.

We will all be waiting to see if any legal ramifications come from Trump’s Second Amendment comment, but in the future, he’d be best served to incorporate some sort of internal filter before making off-the-cuff comments about his opponent, or anyone else for that matter. 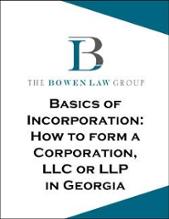