In an emotional address to a group of gun safety advocates and gun-violence survivors, President Barack Obama recently announced his plan to reduce gun violence in America and promote greater gun safety. The announcement has many Georgia gun owners wondering how these measures will affect them, and whether big changes are on the horizon.

The short answer is that the President’s executive action to push through tougher gun control laws comes with many legal restrictions, meaning that it likely won’t affect current or future gun owners in Georgia all that much. Obama’s approach to reducing gun violence is a four-pronged approach that includes:

By far, the largest component of Obama’s executive action is the expansion of the background check process. First and foremost, the President wants to make it so that anyone who sells guns professionally—even if that’s just once a year—registers as a firearms dealer. This would mean obtaining a license and conducting background checks on every client.

For you as a gun owner, this means you will likely have to submit to a background check any time you purchase a firearm, even if you already possess a valid Georgia Weapons License. Furthermore, the ATF may also begin requiring background checks on people who buy firearms through a legal entity, such as a trust or corporation. The background checks will look at:

The good news is that in order to prepare for the increase in background checks, the Federal Bureau of Investigation is currently revamping the efficiency and effectiveness of the system, meaning background checks will eventually be processed round the clock, and this translates to faster turnaround time.

One area that probably won’t be affected is citizen-to-citizen gun sales. In Georgia, the private sale of firearms between citizens is allowed and no background checks are required, and this will likely remain the case. The changes to the background check requirements will only affect people who sell guns professionally, and won’t apply to unlicensed private buyers and sellers who aren’t engaged in firearm sales as part of their livelihood.

In an effort to decrease gun violence and make communities safer, the President wants to increase the enforcement power of the ATF, and encourage federal prosecutors to continue focusing on effective gun law enforcement tactics.

The ATF will also be expanding its personnel base, meaning they’ll have more resources to prosecute people who don’t follow the laws. Also, the president wants to give each state greater reporting capabilities when it comes to identifying mentally ill people who should be disqualified from owning firearms.

Despite all the media attention being given to the president’s executive action, Georgia gun owners have nothing to fear: everyday, law-abiding citizens likely won’t even notice the coming changes to our nation’s gun safety laws. 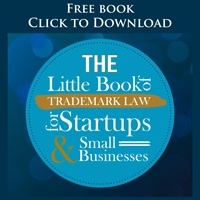