The Georgia Supreme Court recently heard the case of PNC Bank National Association v. Smith, which sought to determine whether a lender had to comply with the confirmation statute laid out in O.C.G.A. § 44-14-161.  If so, the Court also was asked to decide whether guarantors—and borrowers, by extension—could waive the protections set forth by said law.

By the end of the proceedings, the court answered “yes” to both of those questions. It is important to note that this could mean huge windfalls for banks in the state, but it could also have a detrimental impact on borrowers, guarantors, and small businesses in Georgia.

How the Confirmation Statute Protects Borrowers

The confirmation statute was created during the Great Depression to protect borrowers from unscrupulous lenders who wanted debtors to pay grossly excessive judgments after a foreclosure was conducted. O.C.G.A. § 44-14-161 dictates that after a property is foreclosed, the lender must report the sale to the court within 30 days so that the court can determine whether the foreclosure bids represented true fair market value for the property in question.

If the court determines that the lender didn’t act accordingly, the lender cannot pursue the borrower or guarantor for deficiencies after the foreclosure is conducted.  This prevents the borrower from having to make an excessive payment in cases where a property is sold below market value.

How Does the Recent Case Change Things?

PNC Bank National Association v. Smith found that lenders must comply with the confirmation statute before they can pursue borrowers or guarantors for further deficiencies after foreclosures. They also found that guarantors and borrowers could waive the requirement that lenders do so (there was no such mention of this ability to waive confirmation protection in the original statute).

If a borrower were to waive this right, the lender could then foreclose on a defaulted loan, sell the property below market value, and then sue the borrower for excessive deficiencies.  The lender could also repossess anything that was put up as collateral for the loan, such as the borrower’s home.

Although it was stated during the trial that the confirmation protection could be waived through “clear and explicit contractual language,” that won’t stop dishonest lenders from writing waiver provisions into the terms of their contracts. For borrowers and small businesses, therefore, it means they’ll have to be willing to waive their right of legal protection and put much more on the line—such as their homes and personal assets—to secure financing for a personal or business venture.

In fact, Justice Nahmias concluded that “given the imbalance in bargaining power between most lenders and most borrowers…it may mean that the confirmation statute will soon, in practical effect, protect few if any Georgians.”


A silver lining for borrowers is that the ruling will, at least, protect guarantors because the court found that individuals who act as guarantors and sureties were also debtors (by default), and were therefore entitled to receive notification of confirmation proceedings. What this means for guarantors is that before a lender can foreclose and sell a property, the lender must first provide notification, thereby giving the guarantor the opportunity to “contest the approval of the sale before claims for the balance of indebtedness could be prosecuted against them.” If the guarantor has the means to fight it, the borrower could also be protected from being foreclosed upon.

While the Georgia Supreme Court’s ruling in the case of PNC Bank National Association v. Smith does reinforce a lender’s requirement to fulfil the conditions of the confirmation statute before pursuing deficiencies from a borrower in default, in practice it will also allow lenders to force borrowers to sign a waiver that removes the protection of this condition. At the end of the day, this could very well make loans much riskier for borrowers and small businesses. 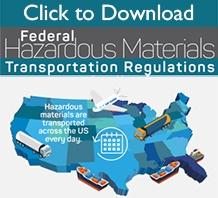